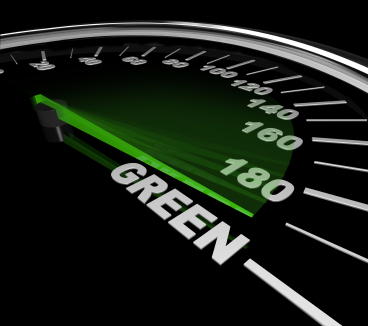 France — Nissan unveiled ZEOD RC, the fastest electric race car. Or at least that’s what it’s being called.So far, the world has yet to see the ZEOD in its supercharged glory, only Nissan’s idea of the vehicle via a short video presented at the race.Gentlemen, start your engines…

ZEOD is working off the same battery technology found in Nissan’s all-electric Leaf; the company is working on testing several electric powertrains before finally making a decision on which will be the final drive system. When it’s completed, race car enthusiasts should expect to be wowed by ZEOD’s ability to reach 300 kph (186 mph) making it the fastest electric race car in the world.

In its current state, however, ZEOD is going … nowhere. The car is still in the prototype phase and engineers will be working against the clock on drive train and battery technologies in the coming year. Nissan is looking to maximize performance and speed.

Can Nissan do it?

“Racing has always been about pushing the technological limits,” Nissan VP Andy Palmer said in the video. And that is exactly what Nissan will be doing.

Currently the challenge faced by the electric vehicle market is the battery. So far, electric vehicles are struggling with energy storage capacity, which create limitations on what the battery can do. So far, there has been no indication of what the vehicle’s range will be. And this is definitely an area that the Japanese company will need to work on.

Combine range with charging and another little red flag can be seen. Pit stops are a necessary part of any race. For a fuel-powered vehicle, charging is not a concern and refueling doesn’t take very long. However, for an electric vehicle, charging isn’t exactly speedy. With that in mind,  Nissan has to work to increase efficiency in charging the vehicle, reducing time spent at pit stops in order to remain competitive with other non-electric vehicles.

Despite any challenges that it might face, Nissan, is pushing ahead with the ZEOD, on the belief that it will be an “important step in the electrification of the race cars of the future.”

While at this time it is too soon to tell if Nissan can successfully build a fully electric race car capable of performing in a 24-hour endurance race, the car manufacturer does have some experience in the field. Nissan’s all-electric Leaf is the best selling electric car. Working on the back of that experience, “We’ve invested over $5bn in battery technology with the Leaf,” said Palmer. “But we’re not resting on our laurels and we take that technology and take it to the limit.”

According to The A Register, Le Mans is different from other races because speed is not the only variable to winning. Vehicles are also judged based on their reliability and fuel efficiency. If Nissan is successful in completing the vehicle for the 2014 Le Mans, ZEOD RC will be the only all-electric vehicle competing. Hybrid vehicles have been competing in the race since 2011.

Securities Disclosure: I, Vivien Diniz, hold no direct investment interest in any company mentioned in this article.