By Sebastian Blanco on May 20, 2013 for AutoBlogGreen 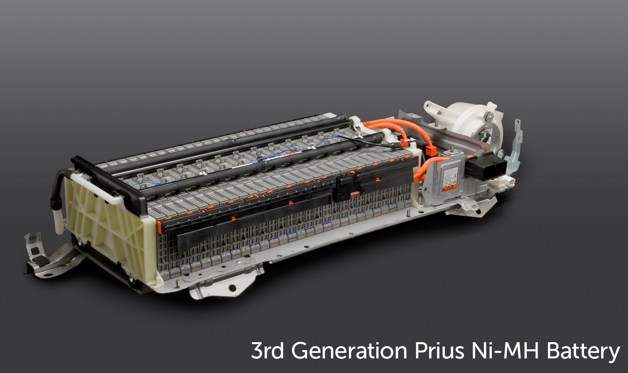 There are already lithium-ion batteries in some Toyota vehicles (the Prius Plug-in Hybrid, the RAV4 EV and the European Prius+, for example), but the company’s standard bearer – the non-plug Prius hybrid – still relies on nickel metal hydride (NiMH) cells. But, the future belongs to li-ion, and that’s why Toyota will soon increase its production of the higher-energy-density batteries sixfold with an eye to putting them into the Prius at an unspecified point in the future, according to the Nikkei.

The plan, the Nikkei says, is for Toyota and production partner Panasonic to build a new production line that will be able to make 200,000 li-ion batteries a year (why does that number sound so familiar?). The companies will spend about 20 billion yen (US $194 million) on the project. There’s no way Toyota can put li-ion cells in all of its hybrids from that one line, though, since the company sells over a million hybrids a year.

Lithium-ion batteries are smaller, lighter and more energy dense than NiMH ones, but they’re also more expensive. They are in widespread use in plug-in electric vehicles from a variety of auto manufacturers. Toyota is also working on future battery technologies, like solid state packs.