Skip to content
By Vivien Diniz on Monday May 20, 2013 – Exclusive to Lithium Investing News 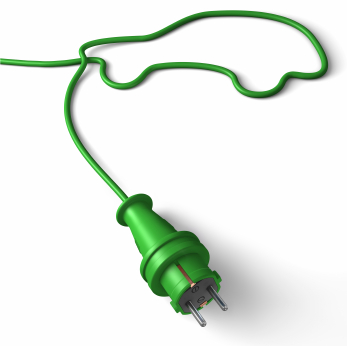 Batteries are one of the largest demand drivers for lithium and the market isonly expected to grow. This week, international metals and minerals research firm Roskill released a report on the dependence that the lithium market has on batteries, stating that rechargeable battery demand accounts for nearly one-third of global lithium demand.

Despite waning investor interest in most other commodities in this period of economic downturn, lithium demand is still on the rise, a fact that Roskill attributes to the rising output of portable consumer electronics. Roskill sees lithium demand growing roughly 8 percent per year in a base-case scenario. Furthermore, the firm sees demand from consumer electronics being replaced by electric vehicles (EVs).

Navigant Research sees the capacity for lithium-ion batteries for EVs multiplying by more than 10 times by 2020. As an increasing number of automakers shift from nickel-metal hydride batteries to lithium-ion batteries, technologies are only going to get better to meet industry requirements. Lithium-ion battery capacity, according to Navigant, could see an increase from 4,400 megawatt hours (MWh) in the current year to nearly 49,000 MWh.

Commenting on the types of changes that the battery industry could look forward to in the future, David Alexander, senior research analyst with Navigant Research, said in a note that “[l]i-ion technology continues to improve, as increased energy densities translate into smaller and lighter battery packs with more power.”

Alexander went on to state that “leading battery cell manufacturers have built new factories utilizing the latest production techniques, including greater automation and faster throughput,” leading to a “reduction in the cost per kilowatt-hour (kWh) over the next few years, provided that volumes continue to increase.”

Research into battery manufacturing is becoming quite a familiar subject when it comes to lithium as firms look to improve the technology involved. USA Today’s Green Tech supplement recently had a look at how better battery technology could have an impact on various facets of everyday life, “from vacations to war-making.”

Green Tech writes that batteries are key, and as a result, many universities, major companies and start ups are experimenting with new materials like vanadium and graphite or tinkering with lithium-ion batteries to optimize the technology.

A couple of battery tech updates

The most recent improvement for battery technology comes from Rice University in the United States. Rice’s research returned a promising outlook for the energy storage abilities of lithium-ion batteries through the use of graphene-boron anodes.

Boris Yakobson, theoretical physicist at Rice University, found that graphene on its own does not adequately store lithium-ions; however, “[b]oron attracts lithium ions into the matrix.”

Through his research, Yakobson calculated that “a fully lithiated sheet of two-dimensional graphene/boron would have a capacity of 714 milliamp hours per gram. That translates to an energy density of 2,120 watt-hours per kilogram, far greater than graphite, when paired with a commercial lithium cobalt oxide cathode.”

Though only at the research stage, Rice University’s main aim is to determine the most efficient way that graphene can be used in optimizing high-capacity batteries.

Lithium-air batteries can have up to 10 times the storage capacity of traditional lithium-ion batteries. That is encouraging for the EV industry, which needs to boost EV range and refueling times.

Though MIT and Sandia remain relatively tight-lipped about the progress made on lithium-air batteries, IEEE Spectrum filled us in, providing some insight on the challenges researchers are trying to overcome in a recent article.

Researchers have observed that during the reaction known as oxygen evolution, lithium peroxide is created as a by-product during discharge of the battery. The lithium peroxide provides resistance “to the flow of electrons and handicaps the charging of batteries.” When attempting to charge the lithium-air battery, researchers noted that as electrons passed through the lithium peroxide they created “carbon nanotubes” and began to shrink, restricting flow.

Securities Disclosure: I, Vivien Diniz, hold no investment interest in any of the companies mentioned.